GET IN TOUCH
SERVICES
TEAM
STORIES 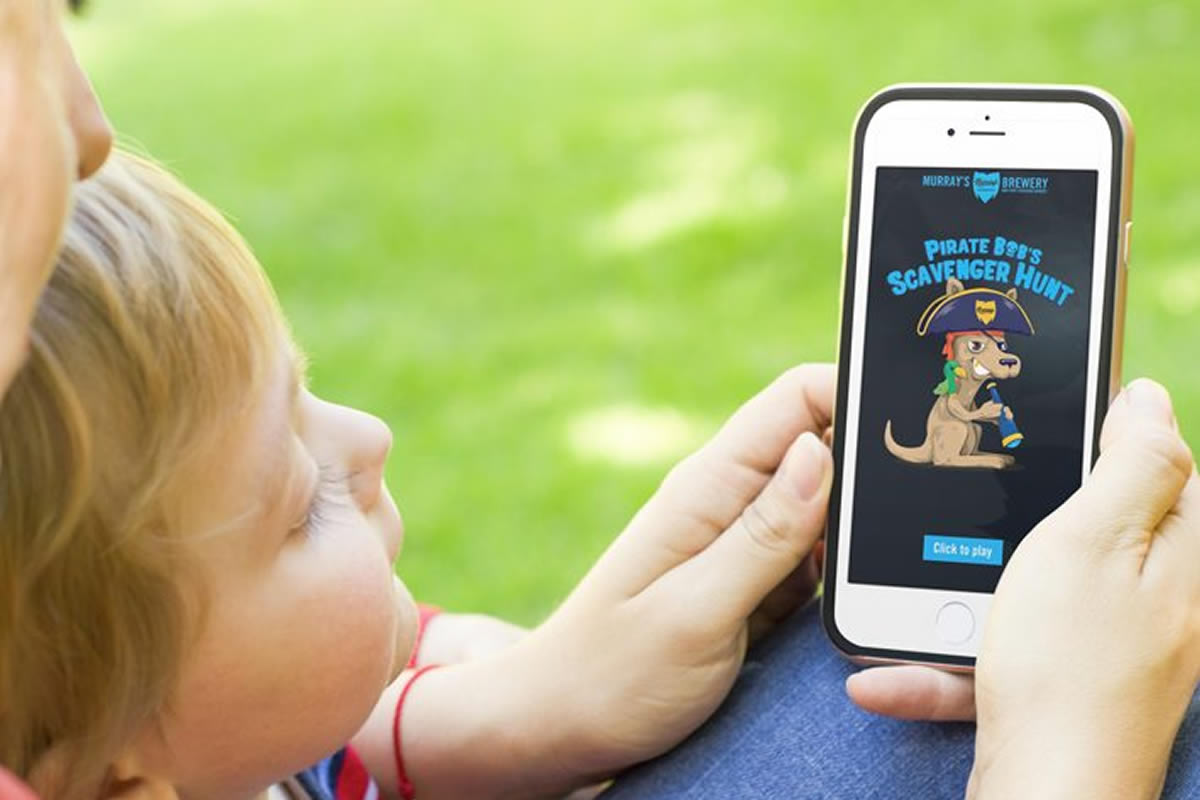 How technology was used to increase customer duration and spend

When a craft beer drinker visits Murray's Brewery - they don't want to leave. But Murray recognised that sometimes his key customers aren't necessarily the ones making the decisions to stay. When the kids get bored, the designated driver starts looking for the keys.

With a huge amount of green grass and balls and bats, as well as rows of vines and secret spots to explore, and animals to visit, and icecreams to eat.... you would think Mum and Dad could kick back for the afternoon.  But those with kids know that it sometimes takes more than nature to keep them entertained.

We had to figure out a way to get kids engaged with the facilities - the equipment we provided and with each other.  The "great outdoors" was right there, but they would sit at the table looking down at the device on their lap.

We decided that although technology was a curse - it was also the answer!  Pirate Bob's Scavenger Hunt was launched. The aim was to get kids away from the table and get them aware of all the excitement that Murray's had available for them.

Enticed with the chance of more screen time, kids are lead on an active "Scavenger Hunt" that delivers a series of puzzles that need to solved.  Questions are posed, then answered by investigating the grounds and responding with multiple choice, scanning QR codes, GPS check ins, and text based answers.

You would see the kids running this way and that - asking other kids if they had solved this question yet - helping each other.  Parents were saying how good it was to see them running around.  Some groups would play again and again, and others would bounce from activity to activity now they had a gang to hang with.

Staff manage a list of questions via a simple admin system sitting behind the company website.  There's about 50-80 questions identified, of which 10 are randomly selected for each "hunt".  Murray's also creates special event hunts that tie into the seasonal events they host - such as Easter and Halloween.

Future growth plans include off-site hunts for Festivals sponsored by Murray's, social media functions to share the joy, and scoreboards for longer gameplay and competitions.